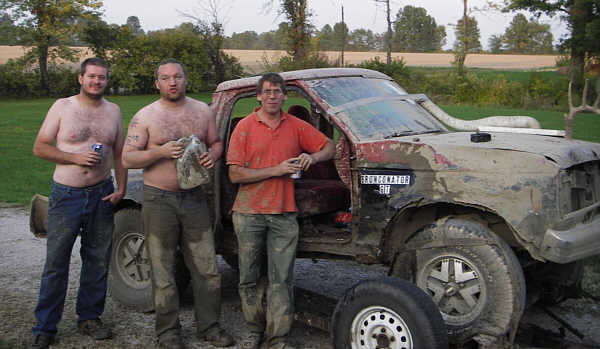 Andy, Dave and I

One last thing, The GT doesn't stand for Grand Turismo but Giant Turd!

Dave and Andy did some more bodywork on the Bronconator, no hard job as most of it was flapping in the breeze now anyway. They also managed to get it firing on all six cylinders again by putting in a new set of spark plugs. Then on Sunday, 9th October 2005, they took it back to the Bottoms. Unfortunately it didn't last too long. The new starter motor we had put in stopped working and the front passenger side wheel started locking up. This meant that the following day we were working on it again...

Just to remind you, exactly a month previously the Bronconator looked like this... 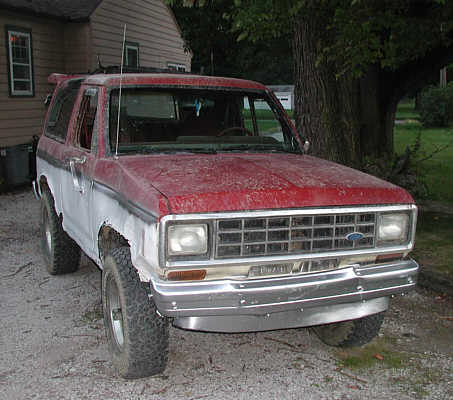 The Bronconator was bit more damaged than we thought and in early November we had the parts were ordered and we were ready to fit them. The front differential was removed and three U-joints (Spicer joints) were replaced. Whatever was lubricating the front diff wasn't oil as it more a mixture of water, mud and grit. This was emptied but we thought putting fresh oil in might help the rusted gears a bit. Various oil and grease seals were replaced as was the transmission fluid, which again looked more like water than anything. The breather pipe on the front diff was only about 4 inches long so we replaced it with a 5ft length.

Wire mesh was screwed to front to protect the radiator and over the space where the windscreen was to protect us. The spare tyre was also bolted to what was left of the roof. 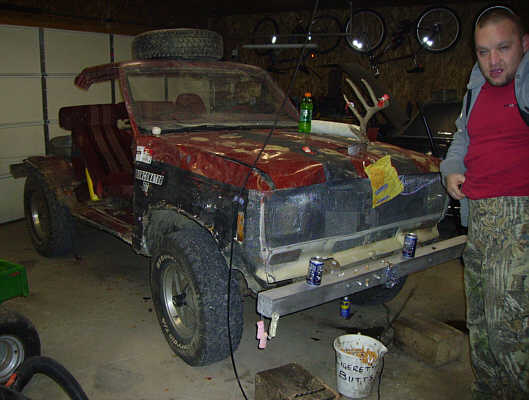 The Bronconator - November 2005
This is Dave doing his brain-dead act - he's very good at it!

The Bronconator was now ready for another trip to Redbird...