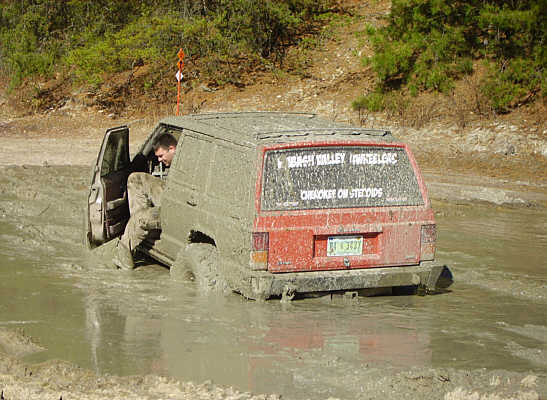 Sorry BJ, but if you think anyone else is going to wade through that to get to the tow rope...

There is an afterword to our day at Redbird. On the way out we were told that we wouldn't be allowed back with the Bronconator unless we had some sort of people protection like rollbars fitted. So now apart from getting the front end fixed, if we ever do, we've also got to make some sort of cage for the Bronconator.

We're actually quite proud of ourselves, there aren't that many vehicles that have been banned from Redbird.

All work on The Bronconator stopped over the winter but Spring and the possibility of more off-roading turned our thoughts to it and so on 26th March 2006, Dave started it and dragged it around Andy's garage so that a rollbar could be cobbled together.

The back seats and part of the floor behind the front seats were removed so we could get to the main frame. This wasn't such a job as it sounds as The Bronconator isn't very structurally sound and it was just a question of knocking some holes through the rust. Surprisingly, under the rust the main frame is still pretty solid. Using some pipe and angle iron a crude but hopefully effective roll-cage was welded together.

The front bumper removed from "The Ho" was welded onto The Bronconator - of course the brackets needed a bit of persuasion with a sledgehammer to line up properly, but it did go on. 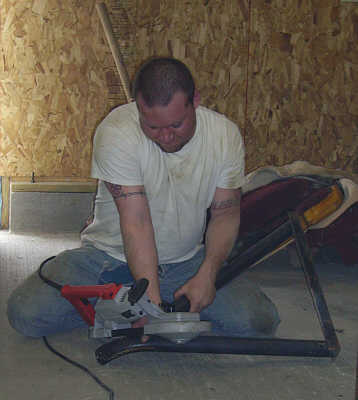 Dave trying to remove his leg with a portable bandsaw 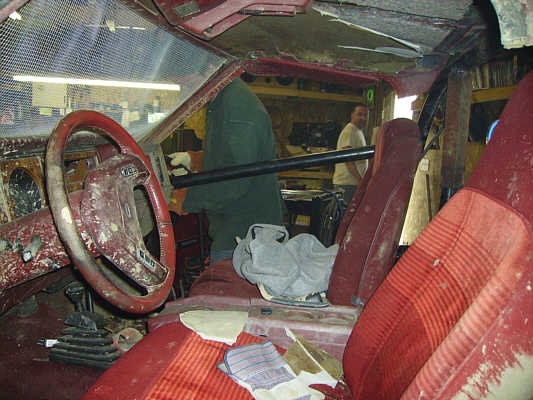 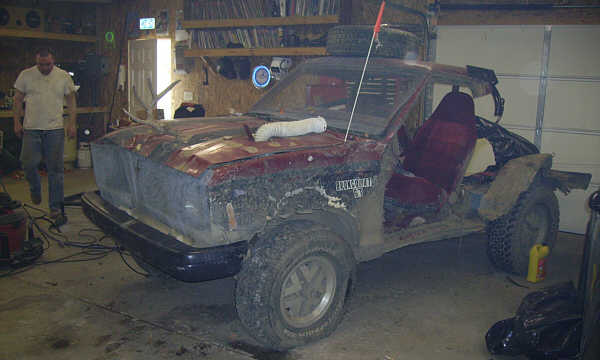 Showing off the new bumper from "The Ho" 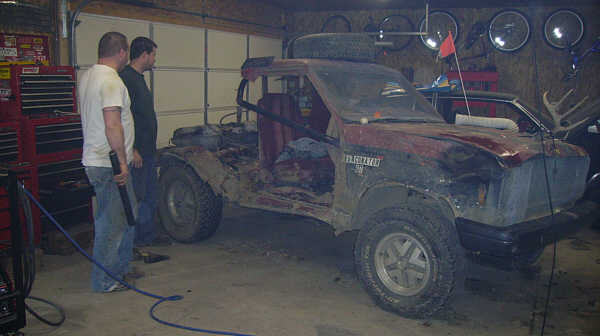 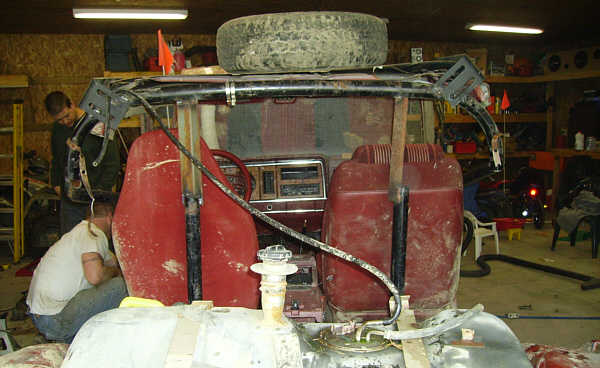 The roll-cage - a mixture of pipe, angle-iron and plate steel 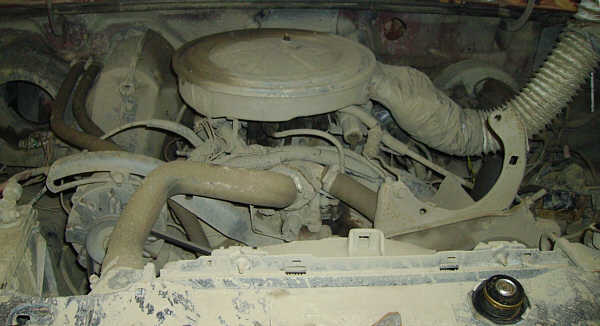 Somewhere under all this mud is a reasonably good engine