We also noticed that I'd smashed the passenger side rear light cluster lenses sometime during our evening out on 23rd march 2006. How this could have possibly occurred is a mystery to us all! Things like that I'll look around the scrapyards for one rather than buy new. I thought these things would be relatively easy to get but it turns out the only difference between the Ford Explorer and Mazda Navajo was the front grill and the rear lights. It seems that only the style was changed though. The same lenses will fit any Mazda Navajo from 1991 to 1995. The difference between the Ford Explorer and Mazda Navajo is that the Ford has three lens areas and the Mazda only has two, but the fittings are the same.

A quick look on eBay and showed that people selling used Mazda Navajo rear lights were asking around $30 including postage each, one guy even wanted $60 for one. Until I can get one locally from a scrapyard I decided to try and tidy-up the broken one. Walmart sells coloured plastic vinyl document covers for 92c so I bought one and cobbled together something that looks like it might work... 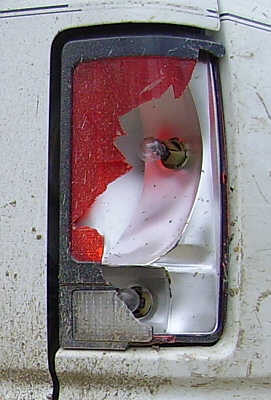 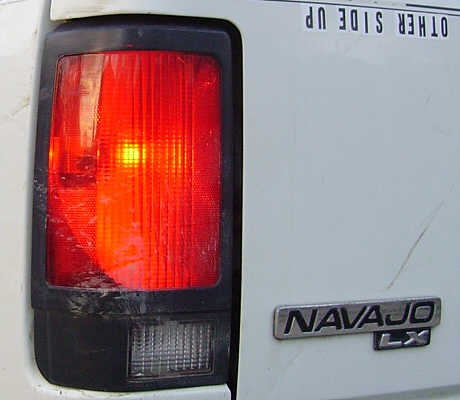 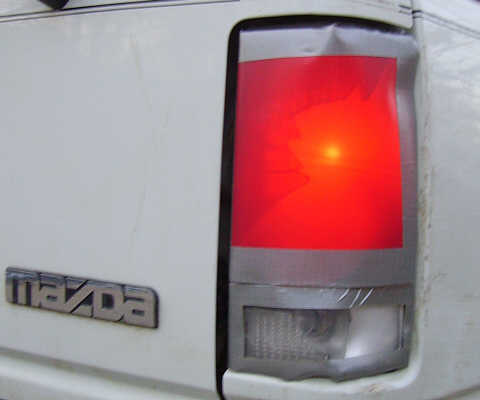 I'm so pleased with this repair I can hardly wait to smash in the other side so we can have a matching set.

That didn't take too long to happen because on 8th April I smashed the driver's side taillight... 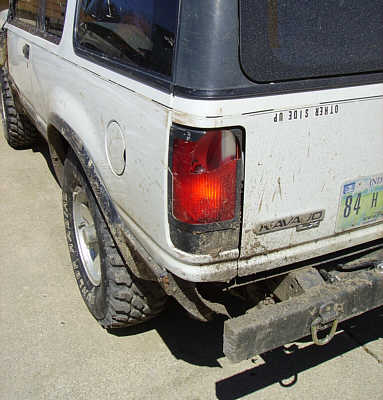 A couple of days later, on 10th April, I totally destroyed it... 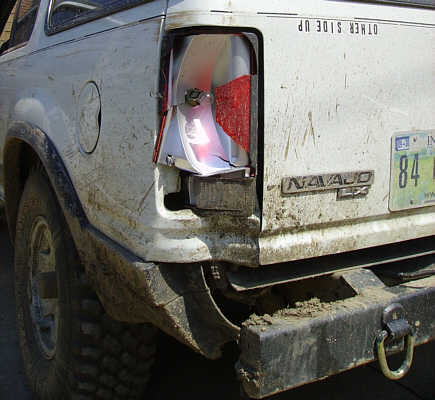 Even more damaged driver's side tailight 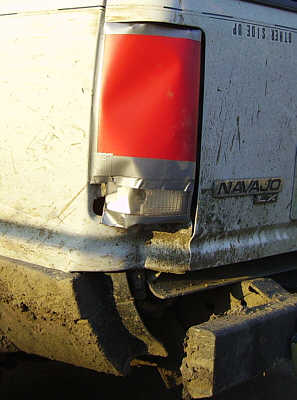 After replacing the oil pressure sender unit and bleeding the brakes on 24th March 2006, it was back to Coal Creek to reassure ourselves that "The Ho" was in tip top condition. Coal Creek was in an even muddier state than the night before. "The Ho" coped very well but some of the hills were just too slippery for it. There was an unsettling moment when I thought I was going to slide off a hill sideways which would probably have wrecked "The Ho" but everything turned out OK. A good job I didn't turn the it over as we were in a rather inaccessible spot and we probably would have had to abandon it for the night and it more than likely would have been picked clean by the time we got back to rescue it - if we could get it out at all.

This has never worked since I bought the car and so on 28th March 2006, we took it out to examine it. The motor was completely seized up and as a new one costs around $160 we decided we could live without it. 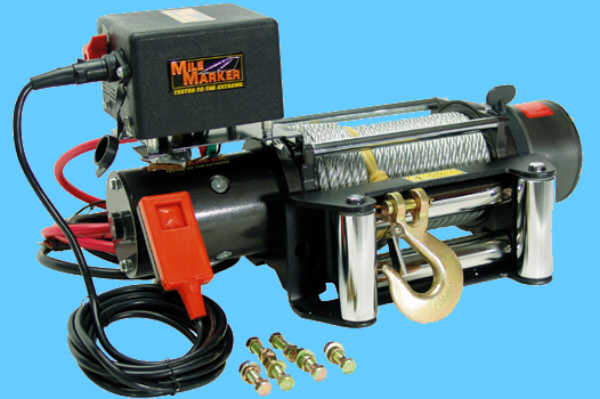 The Specifications of this winch are:- 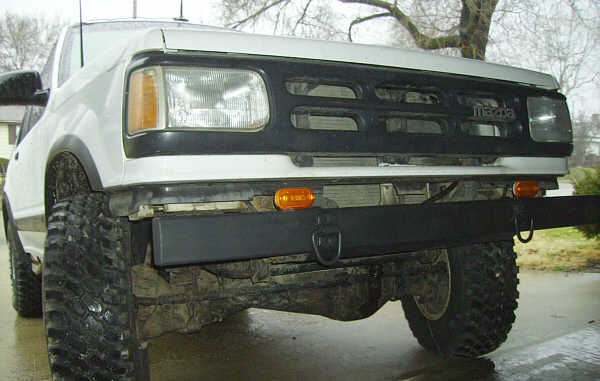 Front bumper before fitting the winch

Two 1/4" thick metal plates, one 21" x 8" and the other 12" x 7" ($30 for both, Kelley Metal Products) were welded at right angles to each other and the winch bolted to the larger one. A cutout was made in the smaller one and the roller fairlead welded to this. Part of the front of "The Ho" was cut out to receive the assembly and the winch assembly welded into place.