Ever since we got "The Ho" is was leaking oil from the driver's side valve cover... 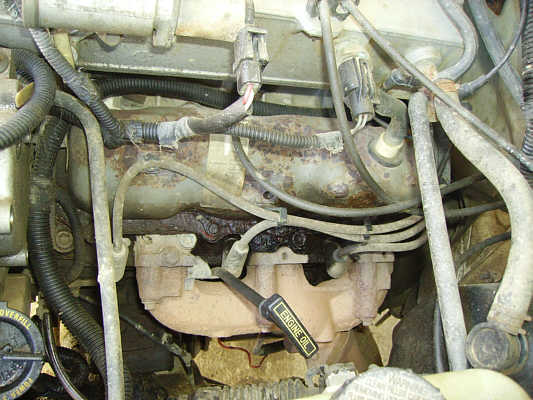 and in early April someone got a replacement for us. Of course it was for the passenger side but it went on anyway... 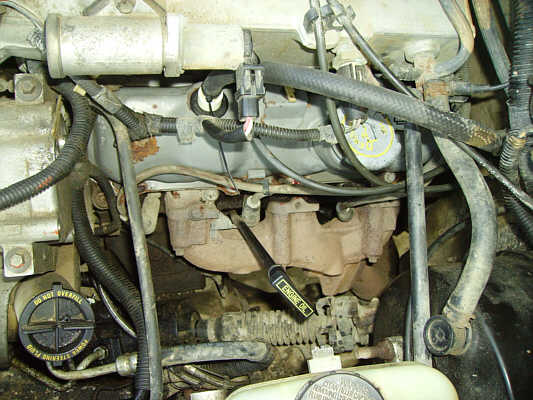 The new driver's side valve cover

So now we've got two oil filler caps if we can be fussed to move those tubes out of the way to use it. A new gasket was piece of tubing also found for the PCV (Positive Crankcase Ventilation) valve which is now in a different position.

This is from the article "What is the PCV valve and what does it do?" on Yahoo Autos

The blowby vapors that end up in an engine's crankcase contain moisture as well as combustion byproducts and unburned fuel vapors. The crankcase is sealed to prevent the escape of these gases into the atmosphere, but the vapors must be removed to prevent oil contamination that leads to sludge formation. The positive crankcase ventilation (PCV) system siphons these vapors from the crankcase and routes them into the intake manifold so they can be reburned in the engine.

The main component in the PCV system is the PCV valve, which is usually located in the valve cover. A hose connects the PCV valve to the intake manifold. A second hose between the air cleaner and crankcase or other valve cover (V6 or V8 applications) provides fresh air to help flush the vapors out of the crankcase. Some engines have a separate air filter for the PCV breather hose located inside the air cleaner.

It's important to note that PCV valves are sized for specific engine applications. The wrong PCV valve for an application can flow too much or too little air causing driveability problems. Varnish deposits can clog the valve, so replacement for preventative maintenance is recommended (every 50,000 miles usually).

Not all engines have PCV valves. Some (like Ford Escort, GM FWD cars with the Quad Four engine, etc.) ventilate the crankcase with a small breather hose and calibrated orifice. There is no spring-loaded PCV valve. On these applications, no maintenance is usually necessary.

The PCV valve on "The Ho" is much simpler than on some of the engines described above being just a ball valve. They only cost 50c to replace.

The front swaybar was totally removed rather than just being disconnected.

Dave donated the battery out of the Bronconator, which is being scrapped, which was better than the one already in "The Ho".

The remains of the factory fitted electric mirrors were pulled off and two new non-electric cheap mirrors bolted on in their place. They don't offer as good vision as the originals but I don't want to spend $80 every time one of these things get knocked off, so the $7 replacements from Advance will have to do. 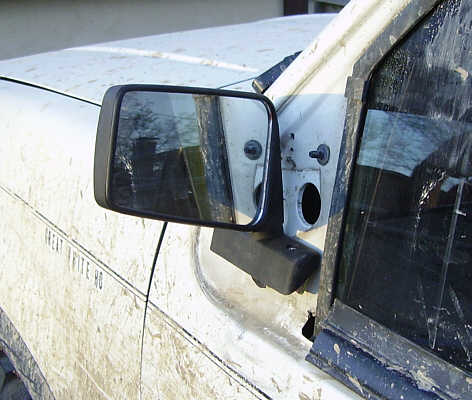 The mirrors on "The Ho" were constantly being knocked and damaged against trees and suchlike. Here's a small photohistory of them...

From when we bought the car on 2nd March 2006, the mirrors stayed intact for 6 off-road trips until our seventh trip on 30th March. 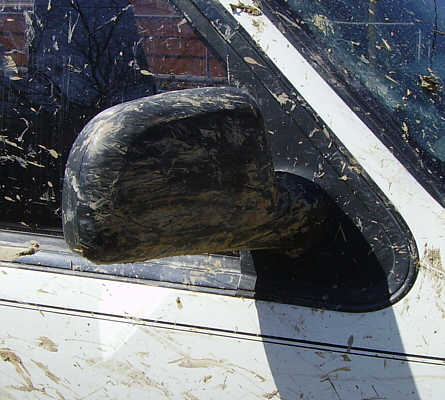 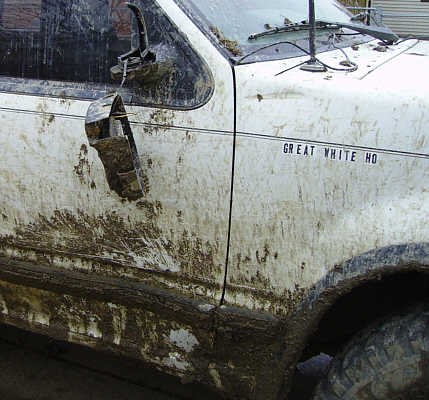