Dave is the owner of the Bronconator. After a drunken wrench-fest in September 2005 he decided to celebrate his rejuvenated baby... 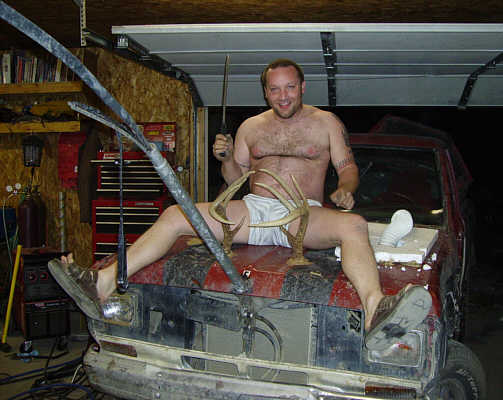 I wasn't going to put any more photos of him on this page, then I thought, "what the hell" 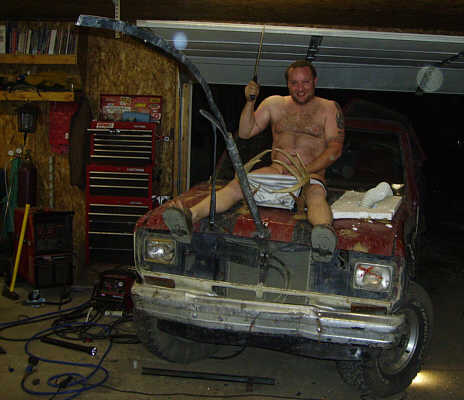 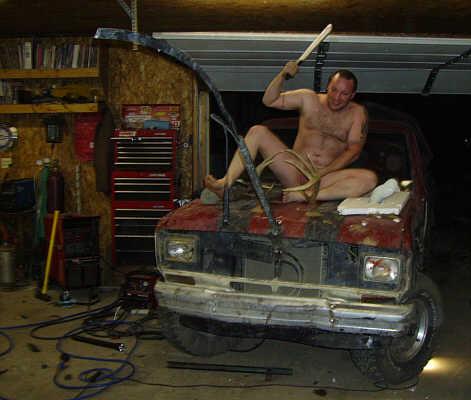 Now you may think Dave has some serious mental problems
but he really is a very good guy to have around, besides which, he's bigger than me 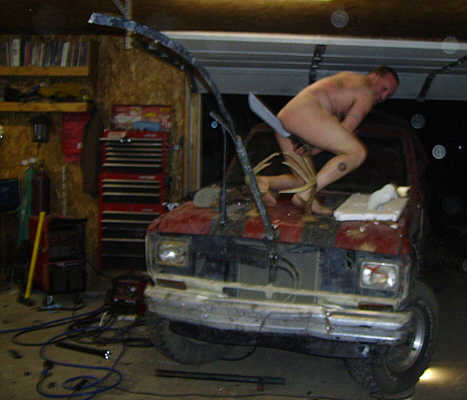 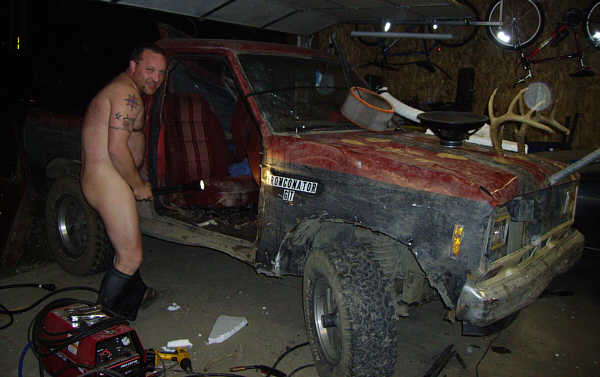 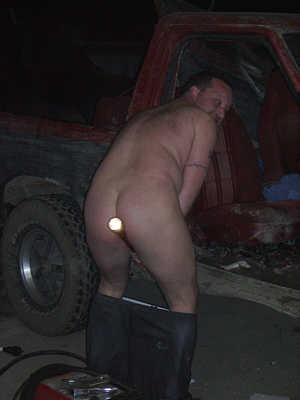 The torch was almost thrown away after this, but we decided that all it needed was a good bath in engine oil and chlorox and it should be safe to use again.

On 27th February 2006, Dave was given a car! It was a not too bad looking Sunbird unfortunately despite spending a couple of hours on it we couldn't get the thing to start so Dave put a pickaxe through the hood and posed for the camera.

Dave on the Sunbird, a pickaxe through it... 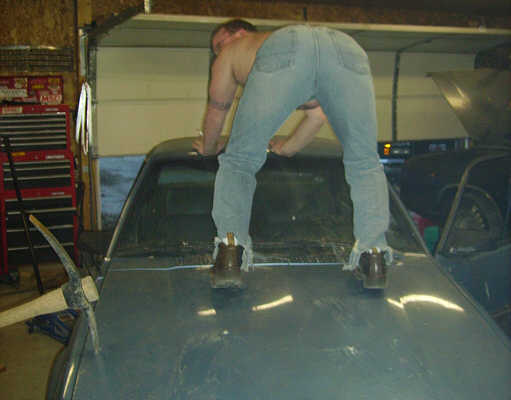 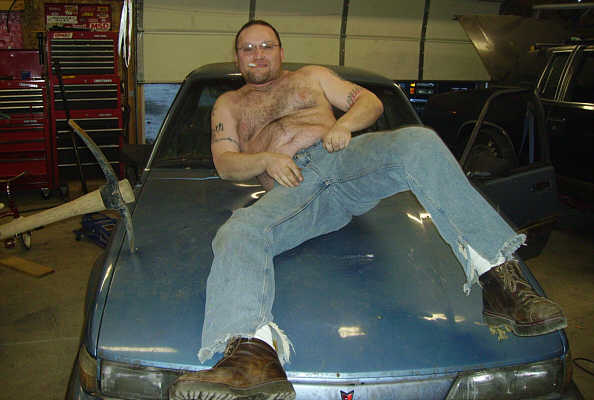