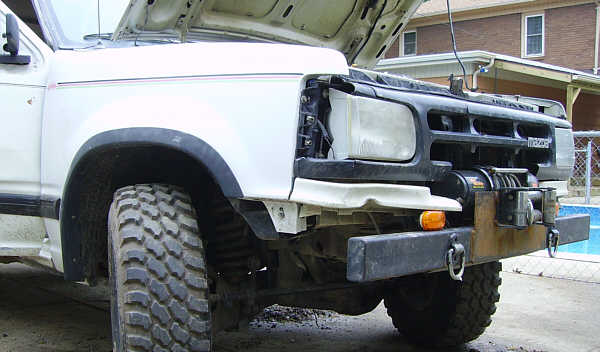 Doing this work wasn't too hard. Lots of screws and bolts to undo and retighten but nothing too hard. There's a piece of foam rubber that fits inside the wing (fender) that was difficult to put back in position but a bit of duct tape held it there long enough to get the wing back on and hold it in place properly. Some of the inner body work and brackets had to be bent back into shape in order to line back up properly. Because the outer grille was damaged I couldn't replace the side light that screws to it but apart from that there were no real problems.

The drivers side taillight was replaced with the one from the scrapyard as was the back window wiper motor. The rear window washer was a problem as there was a split in the rubber filler hose behind the drivers side taillight, so I inserted a piece of 1/2" plastic piping and used a hose clamp (Jubilee clip) to clamp the hose ends to it.

Friday, 6th May 2006, and I took "The Ho" over to Andy's. He ground the 6 rivets off the rusted driver's side spring bucket and we bolted the one I bought from the scrapyard on. We used grade 8 bolts from rural King which we think should be strong enough for the job. Whilst we had the wheel off we found the hub was very wet inside. A pair of front wheel inner seals cost $15 from Autozone and the driver's side was fitted.

Following this last batch of repairs we simply had to take "The Ho" back to Coal Creek. "The Ho" drove really well again. There's nothing quite like zooming down some of the narrow trails there at near 50mph.

7th May 2006, saw us back at Redbird. Only two vehicles went. Dave and I in Dave's Jeep Wrangler and Andy and his son, Drew in "The Ho". It's only a couple of weeks since we went there last, but what a change. The shrubbery is fast growing and all but the worst places are still boggy. Just after we got there Dave managed to bog the Jeep down, which was funny. He wanted to keep it relatively clean but it ended up caked in mud. The best number of vehicles in a party at Redbird is only 2 - 4. Any more and you have to hang around too long at each obstacle. Later in the afternoon. We had a pretty good day - except for the last bit. A tyre burst on "The Ho" and the only spare we've got is one of the original tyres. It was the passenger rear tyre that burst but because the spare is so much smaller than the rest of the tyres it has to go on the  front. We decided to stay for a while, just in 2-wheel drive but then Dave's Jeep broke a rear axle bracket and so we decided to call it a day. Here's some photo's from the day's trip... 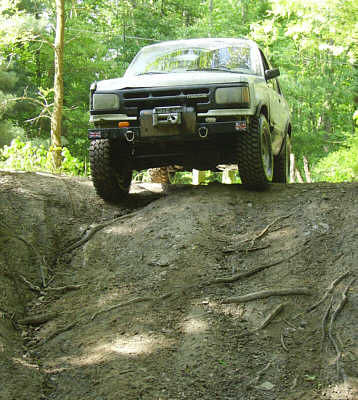 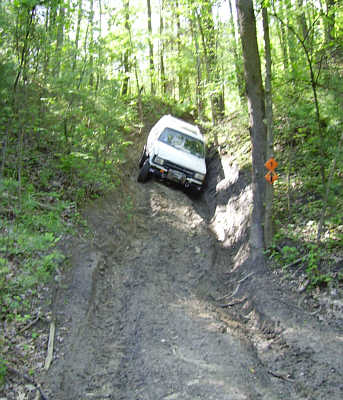 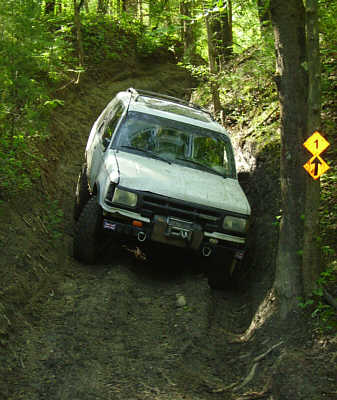 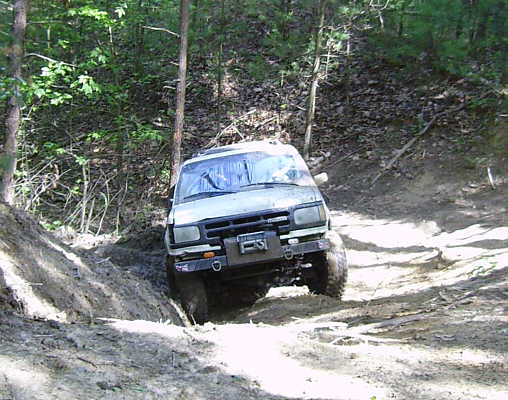 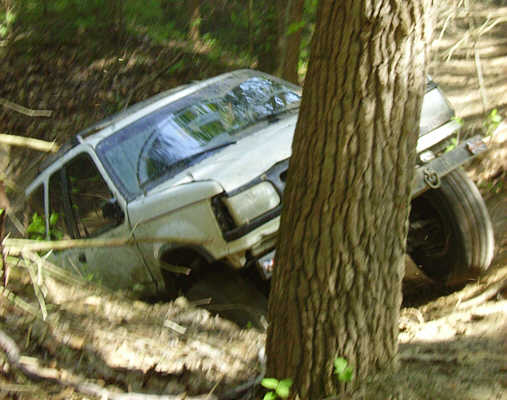 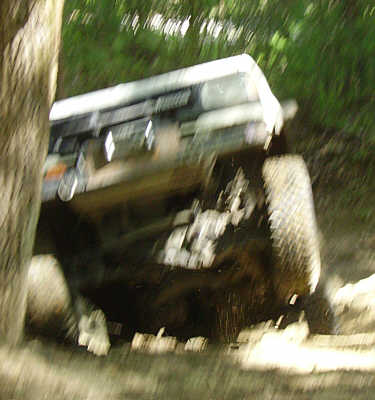