The day after our latest trip to Coal Creek on 21st May 2006, Andy drove "The Ho" with Jeff, his brother-in-law and Jessica, Jeff's girlfriend to Redbird. I went as a passenger with Dave in his Jeep Wrangler. 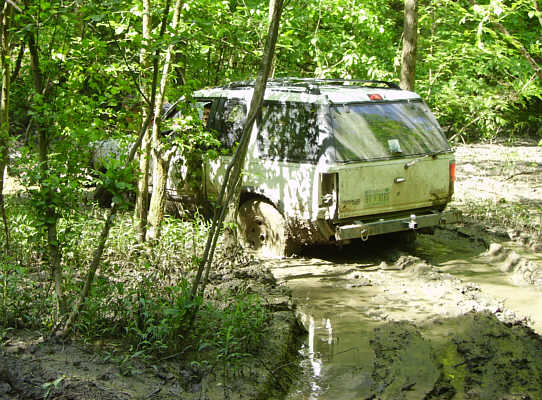 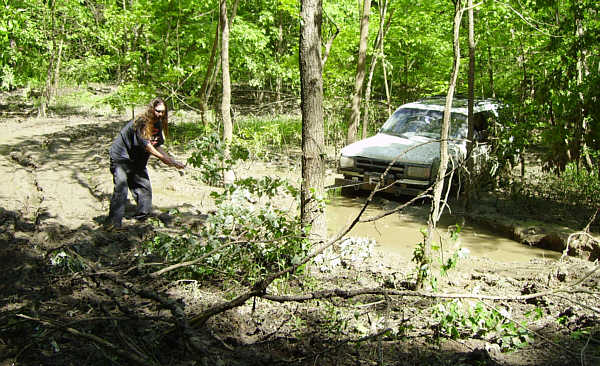 Jeff fixing "The Ho's" winch rope to a tree 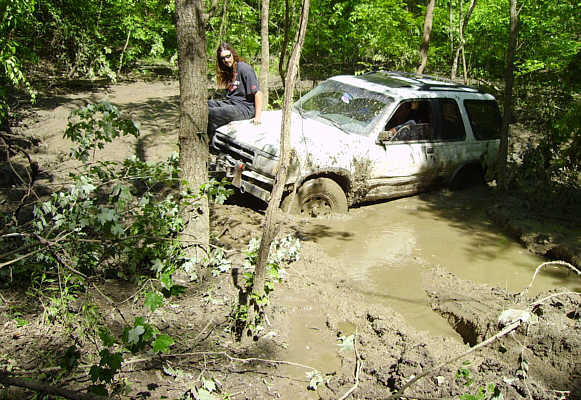 "The Ho" being dragged out of a mudhole

I kept switching between image and video mode on my camera, a Pentax Optio 50 and soon forgot what mode it was in. As a result some of the following images had to be extracted from the video I took. The original AVI's were edited in MGI VideoWave to remove the rubbish I shot when I thought I was in image mode, convert the AVI to an MPG for use on the web and to extract the images from the video. VirtualDub was used to extract various portions of the original AVI files to new AVI files. RAD Video Tools was used to convert Jeff's MOV files to AVI format. 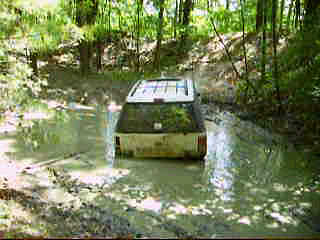 "The Ho" being dragged out of the pool. The images were extracted from a very odd video clip I took - I thought the camera was in image mode but it was in video mode... 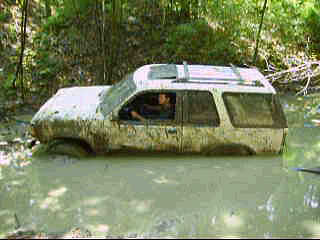 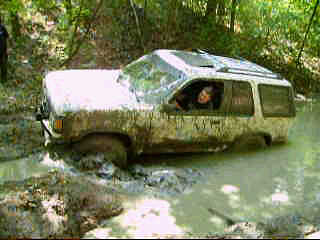