As a reminder here's the latest list of things that need to be done to "The Ho"...

Rear suspension - the back springs are completely messed up and may now need replacing
Transmission - delay when pulling away from stationary, not changing gear properly
Wheel wobble at 55 - 60mph - broken tyre belt, unbalanced tyres, wheel alignment, ball joints, tie rods, motor mount, control arms?
Steering now pulling badly to the right - probably because of the broken back springs
Power steering fluid has a LOT of water in it.
Radius arm (right side) - looks like the support bracket is being eroded by the bushing itself. It looks like this support is simply bolted on, so easily replaced
Rear diff cover - still leaking a little and needs replacing or reseating
Check Engine Light - this is now on nearly all the time, everything seems OK but the generated codes need to be checked
Front suspension - "The Ho" gets treated very roughly so need to inspect to make sure there is nothing wrong with it
Starter - works OK most of the time but starts "clicking" and not starting on occasion - especially when very wet
Front hubs - empty and refill with oil
Windscreen washers - annoying when driving through mud - can't see a bloody thing
Front - too badly damaged to repair, need new headlights and some way to protect them
Air hose - wrap aluminium tape around our flexible snorkel tube for added strength when flexing
Rear hatch - rubber surround started to come away - silicon sealer should fix this if the weather ever improves
Hood flood lights - reposition as there is some back glare from them at night
Flag holder - I lost our Attica flag. Need a permanent place to attach this to rather than cable-tie it to the antenna
Toolbox -  need draft excluder or something between body and lid to stop it rattling
Spare tyre - find somewhere to keep this thing - on the roof?

Andy's been very busy recently, so, until he and I can get together to get "The Ho" into his well equipped garage to do the major stuff I've been messing around with some of the smaller repairs and improvements...

I used "barge glue", which looks, smells and behaves like a product I know in the UK as Bostik's Evostick, to glue the rear window surround back to the metal. This glue is fantastic, flexible, waterproof and sticks practically anything to anything.

The next job was the toolbox again. all I did to this was to put duct tape around some of the sharper edges - at least this may reduce the risk of a cut whilst reaching in for a screwdriver or whatever. I also put some spare 1/2 inch foam insulation around the lid to stop it rattling all the time which can get very annoying. 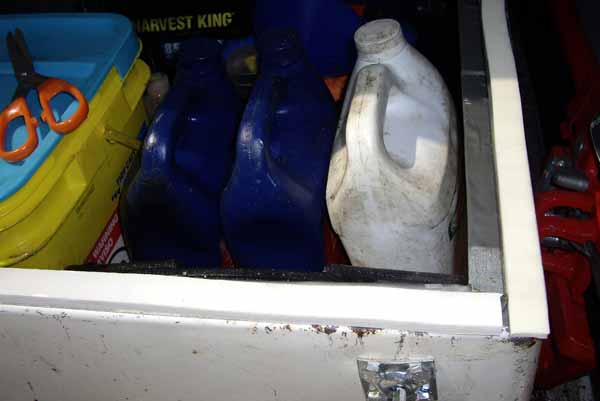 Duct tape and foam insulation around the toolbox lid

Next came the windscreen washer. When I tried to fill the reservoir water poured out everywhere. I assumed the worse and thought that maybe the reservoir had split but when I removed it I found that a hose had simply slipped off the nipple. I cleaned the dirt off and secured the hose, this time using a hose clip to ensure it didn't come off again. 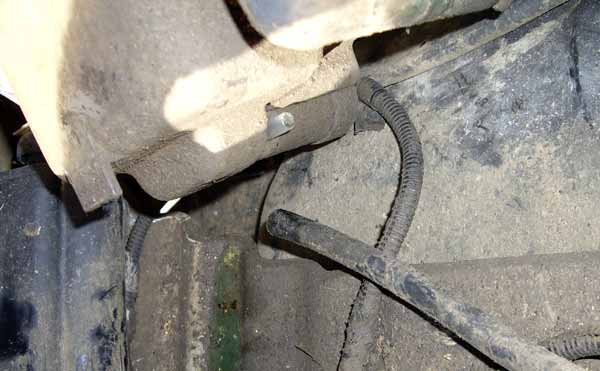 I also had a quick look at the power steering fluid. I sucked most of the old stuff out but still think I need to loosen the reservoir return pipes and blow ALL of the old fluid out of the system. 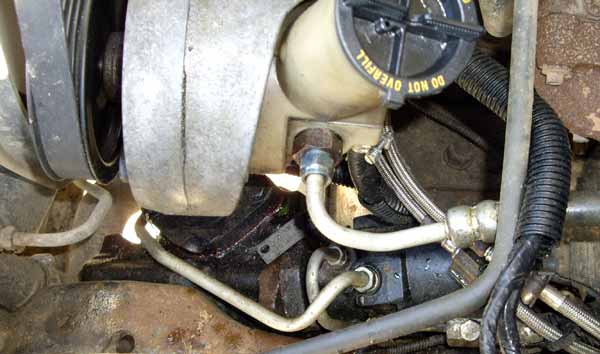 The Ho's been sat around for very nearly three years. It's timne to either getit going again or get rid of it. now andthen I've tried to look for new springs for it but it's very frustrating. Te door panel says it uses V type springs but the only type I've been able to find is W. I stumbled on a website that explains the difference...