We carry maybe around 200lbs of spares, tools and fluids in the back of "The Ho". To carry all of this I bought two plastic totes, and as before these totes broke loose and all the conteents spilled out. Not only that, but one of the toolboxes inside the totes split as did a gallon container of oil.  Here's the mess that confronted me at home when I started cleaning "The Ho"... 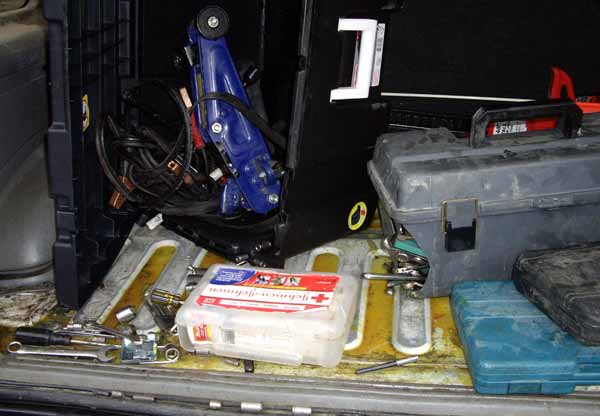 The spilled oil and tools after the 22nd trip

At least the rear of "The Ho" and the tools should never rust. I really must find a better way of securing these things.

I began looking around for something suitable. Rural King and other places sell site boxes or toolboxes for trucks but I didn't fancy having to shell out $200 for one of these. A week or so after this trip my wife and I were sat at home one evening when we smelled smoke. Looking around we couldn't see anything on fire but going down to the basement I could see that the compressor on our 30 year-old chest freezer was burning.

Over the next couple of days I began thinking of this old freezer and realized that all they are is basically two metal boxes with insulation and the refrigerant separating them. Buying a steel cutting blade for my circular saw I chopped off the bottom of the freezer and took it apart. My initial plan was to keep as much metal as possible and fold the bottom surplus over, much like you would with a cardboard box to make the bottom. Another idea I had was to cut a slot in the bottom of the freezer to hold the spare tyre under the tools.

I talked this over with Andy and realized that we couldn't fold the metal accurately enough so as not to bend the whole thing and if the tyre was under the tools we couldn't open the lid of the toolbox once it was inside "The Ho". In the end, Andy simply chopped off the freezer to a depth of 12 inches. with his plasma cutter.

I bought a couple of hasp locks and pre-drilled angle-iron from Meynards and a collection of nuts, bolts, washers and lock-washers from Rural King and on February 27th 2008 set to work building a toolbox for "The Ho". 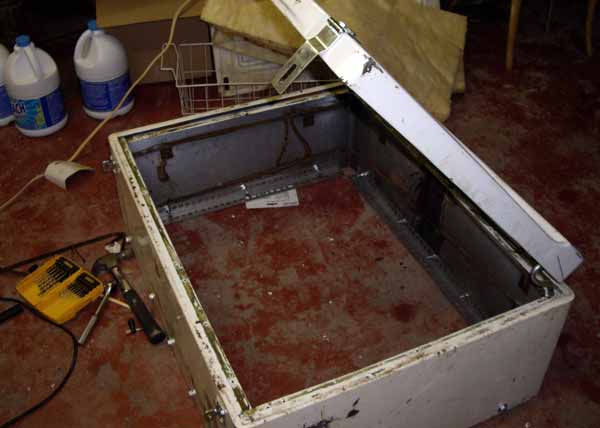 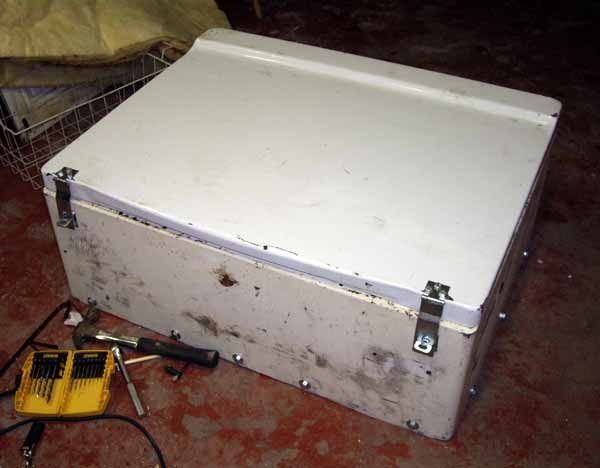 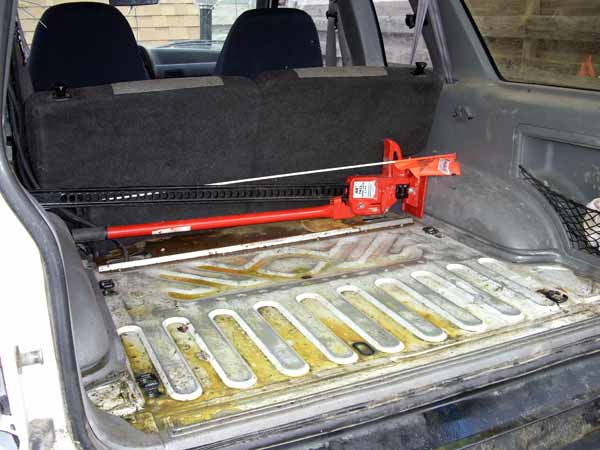 I was hoping to keep the farm lift between the toolbox and rear seats,
but if ever needed it, realized it would be impossible to get to. 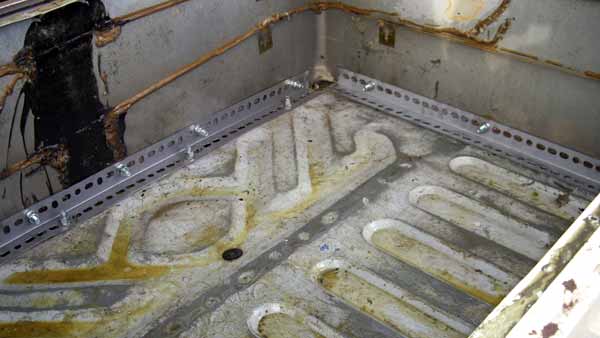 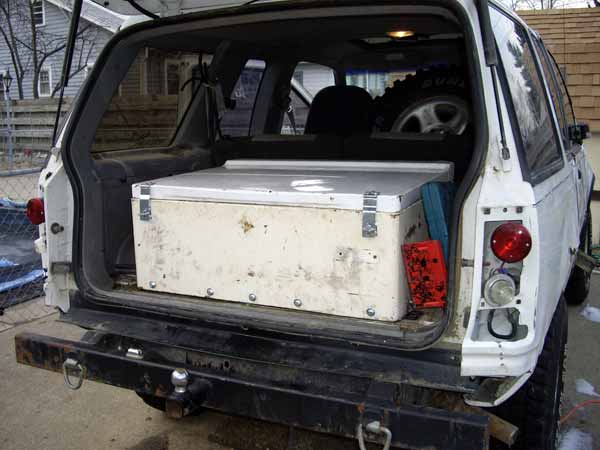 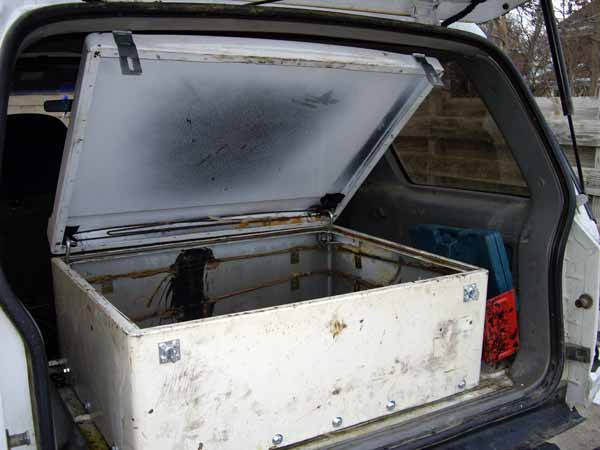 Dave had planned this trip for weeks and was phoning people daily during the run-up to our trip to Attica Badlands on 1st March 2008 to see who who was still coming. At the most we had around 10 vehicles from around Terre Haute but on the day there were four of us. Me in "The Ho", Dave in his Chevy Blazer ZR2 (his normal street car), Tristan in his Ford Bronco that he bought from Dave. This was the vehicle that we thought may be "The Bronconator v2.00" but which Dave sold. The fourth vehicle was a Jeep Wrangler belonging to Travis, a friend of Tristan's. 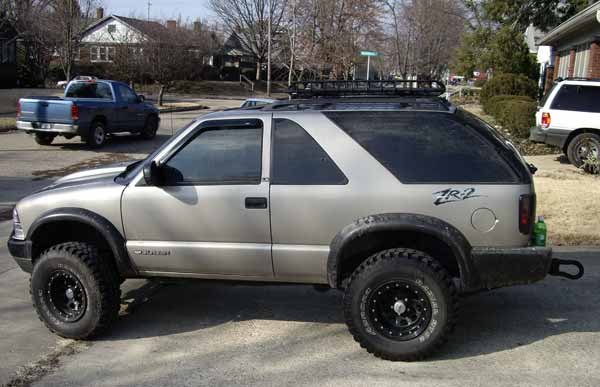